A City’s Trash is Not It’s Treasure: How is New York Tackling its Garbage Issues?

The scene is almost identical, no matter which borough of New York City you’re in. Narrow sidewalks are lined by mountains of trash bags and other large objects, waiting for their turn to be taken away by the fleet of sanitary workers and trucks who will dispose of them. Large rodents seek shelter in their temporary plastic homes, feeding on discarded scraps, becoming a regular sighting for New York City residents. The City That Never Sleeps has a bigger problem than the flashing lights and noisy streets- it’s all of the trash that’s left to sit out on the sidewalks. 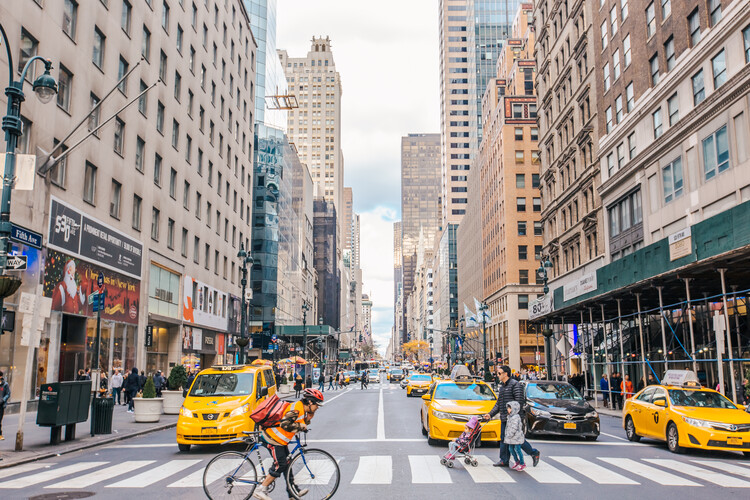 In a city of more than 8.5 million people, removing trash from the sidewalks has become an issue that everyone is on the same side of. How did New York become this way? Urban designers, politicians, and city workers all agree that the way that New York City generates, sorts, transports, and recycles its waste (more than 12,000 tons each day) has become outdated and inefficient. Other places around the world, including major cities in France, South Korea, and the Netherlands use below-grade containers and trash sorting bins at the street level to keep their public spaces clean and increase the efficiency of how garbage is collected. Paris, with a similar density as Manhattan, has been swift to place large containers for recyclable items on the street. After piloting 40 units, the city found the program to be successful and later ordered thousands more to spread across the city for a more meaningful impact. New York City needs to take similar, large-scale action.

However, not all aspects are a failure, as some communities and neighborhoods have seen success in how they handle their trash. New York City’s Roosevelt Island uses pneumatic tubes and compactor machines that have stored and transported waste for the last fifty years. The small neighborhood of Battery Park City in lower Manhattan, which is overseen by a state entity, also uses compactors to keep its streets clear of the trash.

At the city-wide scale, New York has tried many times to address its trash issue, including back in 2020, days before the pandemic began when the city announced its “Clean Curbs” initiative. The plan was to install large-scale trash bins along the streets where business owners and residents could toss their garbage. Instead, restaurants quickly moved into the spaces and established outdoor dining pavilions where the bins were planned to go. Not only would these bins have helped keep trash off the sidewalks, but they would also help cut down on the severe rodent issue, by making trash inaccessible to animals looking for a meal.

It’s time to take out the trash and start a new chapter in making NYC the cleanest city in America.

Reducing the amount of time trash can remain on the curb is a generations overdue move that will have a major impact on the cleanliness of our streets.https://t.co/UnfFHF6vMu pic.twitter.com/e3N88xCmO7

More than two years after it was announced, the “Clean Curbs” initiative is now in motion, with small-scale pilot programs being launched across the city, first tackling one of the most trafficked areas in the city, Times Square. Additionally, just earlier this week, the city announced that it would take things a step further, and implement a new policy that would limit the window in which people could take out their trash at night in an attempt to cut back on the piles of garbage that form on the streets. Currently, trash can be placed out as early as 4 PM, but the new policy proposes no trash can be left out until 8 PM after most people have commuted home. However, people who have access to sealed containers can take their trash out at 6 PM. The policy comes after complaints about trash in the streets rose to nearly 18,000 from 13,000 in the first six months of 2022. Additionally, rat sightings increased by more than 70% since 2020.

The trash in the street has become concerningly commonplace in New York City. Known for its iconic lights on Broadway, a dollar slice of pizza, and a yellow taxi cab, New York City is also becoming known for being excessively dirty. With programs now in place, the city may have a future full of sidewalks, and free of garbage.

Editor’s Note: This article was originally published on October 18, 2022.