As with the similarly uprated Aston Martin DBX 707 – a fire-breathing performance version of Aston’s V8 SUV – the run-out DBS is told apart from its standard sibling by an aggressive design makeover with “an authentic level of function”. A substantial horseshoe-shaped bonnet vent enhances engine cooling, while a newly designed splitter, increasing downforce at the front, is flanked by a pair of larger new air vents that boost airflow and nod to the previous-generation DBS.

Other core differences over the standard DBS include a raft of carbonfibre body components, a bespoke rear diffuser and a new 21in wheel design modelled on those worn by the Valkyrie and Victor.

The interior is less radically reworked but comes furnished as standard with top-rung leather and Alcantara sports seats, a unique colour split for the cabin trim and stitching, and laser-etched DBS 770 Ultimate badging.

Aston would not be drawn on specifics of a successor to today’s DBS. Long went only so far as to confirm that “this is the end of the DBS – the last DBS produced”, but stopped short of confirming whether or not the nameplate could be redeployed in the future. 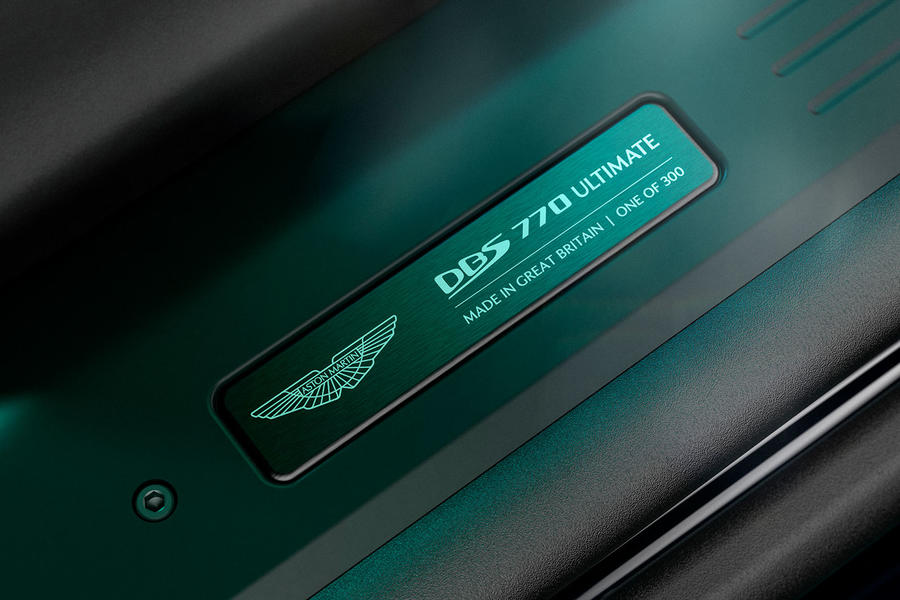