Brasília Architecture Guide: 16 Projects to Understand the Scale of the Brazilian Capital

From the 19th century onwards, with the Industrial Revolution, the growing population, and the ever-more pressing demands for urban space in Europe, the first reflections on the city emerged. More than that, the process of disciplinary structuring of urban design begins as a theory and practice inherent to the new historical moment that was being consolidated and would have its product, concerning cities, as an attribute of the 20th century. Within this disciplinary logic, configured from a social or political demand linked to militaristic pretensions of order and urban control, the 20th century was the stage for the entire development of this industrial society, which had the city as its horizon. 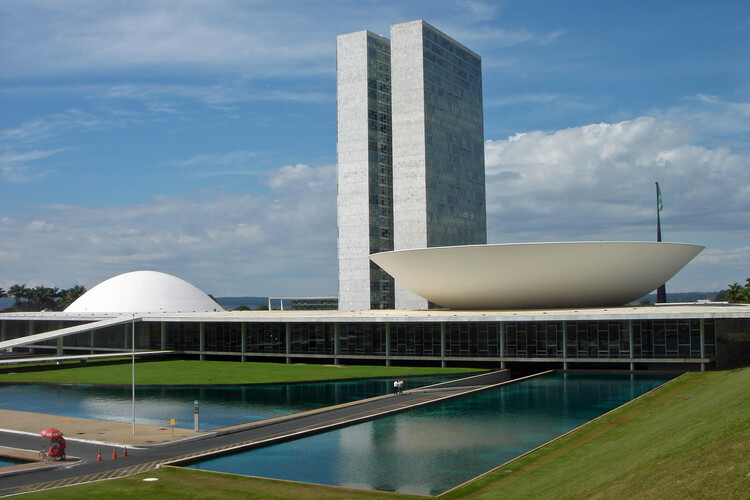 Brasília: the experience of urban thinking and, more than that, urban planning, proposed at that time in Europe, involves several initiatives and propositions that generate a great debate in the northern continent regarding the practice of the city. This discussion would sometimes be more associated with a strong political character, sometimes a more formal one, from a more operational and bureaucratic perspective of what planning means. In this sense, when, in the 1950s, the then president of the republic of Brazil, Juscelino Kubitschek, took on the goal of his government to transfer the country’s capital to the Midwest and, above all, build this new city, this whole purposeful debate emerges in Brazil.

It is possible to understand Brasília as a real game of scales in dialogue. Some do not notice the precise way the transition takes place between the great Monumental Axis, linked to Oscar Niemeyer’s congress buildings, or the superblocks of the everyday life of the citizen of Brasilia. Instead, they perceive only a city of distant spaces that cannot be traversed or endowed with human value. This type of perception disregards in every way the historical dimension of the city’s project and its claim as a modern symbol and a new direction for society. This game created some situations in the city, marked by iconic buildings or landmarks that deserve to be visited and that gain a new perception of the city’s image. Below, we have put together a selection of places that make up an architecture guide to the capital of Brazil.

Central Science Institute of the University of Brasilia / Oscar Niemeyer

To keep it simple, here is a list of the 16 places to visit in Brasília: