What Are Green Corridors?

Green corridors, or biodiversity corridors, are large portions of land that receive coordinated actions to protect biological diversity. According to Brazil’s National System of Nature Conservation Units, they strengthen and connect protected areas, encouraging low-impact use by implementing a more comprehensive, decentralized and participatory conservation alternative. 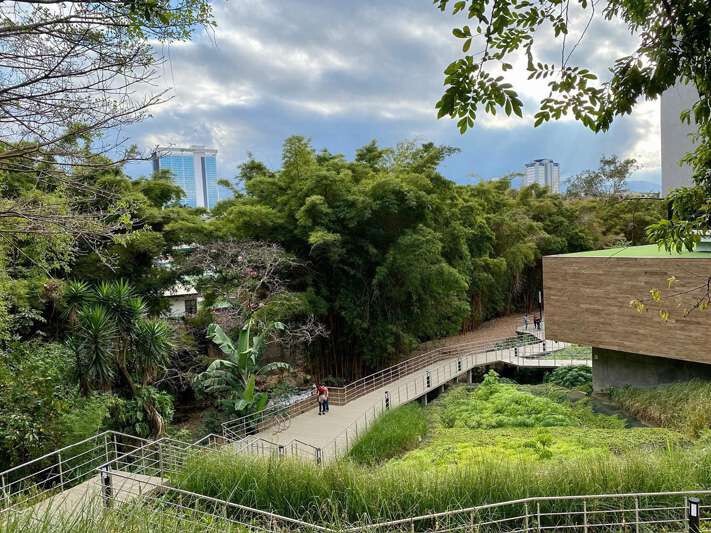 The concept of “ecological corridor” emerged during the 1990s, fostered by debates related to environmental preservation in the scientific community. Rules are established based on in-depth studies on the movement of animal species and the distribution of their populations to soften and organize the environmental impacts of human activities.

In this context, architecture and urban design are great tools for building green corridors that enable healthy and sustainable interaction between humans and nature, expanding environmental awareness. Through them, landscape architecture becomes an aesthetic and sensory artifact for the reconnection between all living organisms, representing a means for sustainable development in a contemporary scenario where nature is seen as an object.

The Cerros Orientales Ecological and Recreational Corridor, located in Bogotá, Colombia, designed by the team of architect Diana Wiesner, is an example of how a territorial and landscape proposal can consolidate an area of environmental management and preservation. This project consists of three main strategies that help to understand the impact of an ecological corridor in urban centers. It orbits the social issue, which seeks to integrate communities in sustainable management; biophysics, which maintains and restores the ecosystem and the relationship with people; and the spatial issue, through the creation of a place of passive recreation with learning spaces. In addition, the corridor will be built with ecologically sensitive materials, such as earth, wood, stone and crushed brick, aiming for the least possible impact on the soil.

In addition to this example, it is also worth mentioning the Ruta Naturbanas project in San José, Costa Rica. A green infrastructure that will contribute to the conservation and maintenance of natural ecosystems and the creation of new interurban biological corridors, promoting the protection of water cycles and the creation of new public spaces and infrastructure for urban mobility. Finally, in Greece, the proposal for transforming coal mines into a green corridor is also worth mentioning as an example of ecological improvement and sensitive spatial organization that includes public green corridors with farming areas, amphitheaters and running tracks. Despite being geographically very distant, these projects reconcile the conservation of biodiversity and the environmental development of the region in which they operate, focusing on sustainable and resilient urban design.

However, it is important to emphasize the difference between green corridors and linear parks. While the former is a conversation unit that connects two ecosystems previously separated by human activity, linear parks – such as the famous Highline in New York — do not perform this connection function. They seek to bring biodiversity to urban centers, and their extensions are different since green corridors occupy more land than linear parks.

Because it is a relatively new concept, there are studies in progress to understand its effectiveness concerning the adherence of the animals. Anyway, in the era of drastic climate change, strategies that seek to reconnect humans and nature, preserve ecosystems and raise guidelines on environmental awareness should always be encouraged.